Cisewuan to have new way! 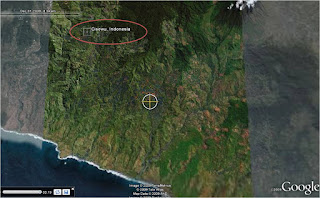 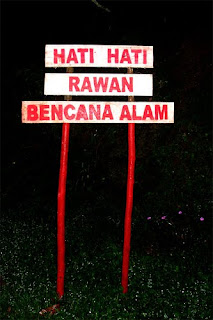 Bismillah,
Readers, it's the note when I went home few days ago, I am now in Bandung already. The hometown of mine called Cisewu is located in the southern part of Garut regency. It's about 110 Km from Garut the capital. Due to the distance to the capital is quite far and the way is not really pleasant for car to go on, most of the people at my village go to Bandung for any kind of business they have. I myself prefer go to Bandung to study and shop, farmers prefer to sell their produce or agriculture goods to the city of Bandung since the distance is quite shorter than it is to Garut, it is approximately 95 km though. Still far?
Cisewu is the second nearest subdistrict to Bandung regency after Talegong subdistrict. This means, if you go to the edge of Bandung regency and want to be in Garut regency, you'll first meet Talegong and then Cisewu which both of them are belonged to Garut. The red circle above is Cisewu area located on the satellite map, I got it from google earth.

Well, in West Java province the rains fall throughout the day recently, especially in Bandung and Garut. As you might have known, the contour of southern part of west Java is not really flat compared to the northern part of it such as Jakarta, Indramayu, Cirebon etc. It is therefore the streets or ways across the souther part of West Java cannot be so straight, instead they are consisted of turns as well as ascents and descents. In simply I can say that the way bids sort of hills and mountains. Since the rains is getting bigger and swifter, the unstable lands across the way of Talegong and Cisewu often slide. So many times in my life experiencing the landslide took place. Few days ago was the most terrible experience I ever had as there were too many spots where landslide occurred. It lies for about 2 kilometers in a row. So when the first landslide is handled, another comes. What would you do if you are trappen in betweent he two big landslides? Ah...thanks God I didn't experience that. Thing that makes situation got ever worse is that the steep beside the way. As the way is kind of biding the mountain, as I mentioned before, the first side of the street is a land part and the other is deep ravine that no one would say it is a piece of cake to be dealt with.

Across the two-kilometer-way I mentioned above, there are around 8 or 10 landslides in which if the shower happens the land will certainly fall and fall again. The landslides make the street department officers from West Java govt somewhat frustrated. They then decide to make new way for about 2-3 kilometer long. This new way will cost a lot as the construction will take place on people's land. That means the government should pay money or at least to recoup the taken lands. This construction will start in the early April this year and will take probably couple months to finish it. In the meantime, the drivers and all way-users should deal with the steep and peril streets in which the landslides pretty much happen.

Along the way from Cisewu – Pangalengan, I saw some many signs say “Hati-hati rawan longsor, hati-hati jalan menyempit, jembatan rusak maksimal 2 ton and so fort”. This sort of signs indicate the the way is not safe enough to be crossed. The local government institutes the ban of using the street if rains fall as it could jeopardize the people. The street is now being maintained by government officers as well as people who voluntarily fix it.

The current report from people around Talegong subdistrict remarks that there was one person killed caused by the landslide. He was in his car when landslide from the top of the bid-land brought him and his car to the gorge. Innalillahi.....

It's so deep condolence I have within me. I have ever experienced when I was so close to the big landslide few days ago, thanks God I was saved by Allah then. I pray may all of us will be saved by Allah from any calamity happens around us. It's time to realize and repent ourselves from any kinds of mistakes as Allah has shown His signs of mighty. May the under-planned street will be a lot safer and better.