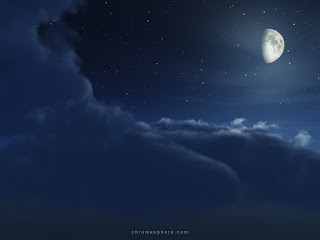 When we experience something strange in our lives we certainly will not be able to forget that with ease, at least that occurrence will influence or impress us either good or bad afterward. Four days ago I dreamed about something which shocked me so much. I dreamed about two very important people in this country – my president SBY and my great ustadz Aa Gym. I don't know whether or not what I write here is appropriate for me to disseminate. Regardless to that, I mere want to share with you all about the lesson we might be able to take from the dream that will be outlined momentarily.

Well, in the dream of mine I met with those two very important persons in the village of mine, a very small yet harmoniously chic village in the regency of Garut – Cisewu. In that dream Aa gave a speech in the sport hall close to my house, I got no idea why that miraculous thing could happen. Besides, a thing that surprises me was about the presence of our beloved president SBY at the event. He opened up Aa Gym's speech by commencing the speech. He was guarded by some watchmen as we always see on telly.

Having started by our president, Aa then gave the speech which was about the importance of purifying our heart. This sort of topic is somewhat popular recently and I pretty much hear it in Aa's speech either on radio or directly from his speech at the mosque.

The speech was attended by more than about 400 people in a Badminton sport hall. It was also quite nice since we could see Aa in 3 big screens projected from LCDs. As always, Aa delivered his speech pleasantly with a juicy joke and cool analogy. Something odd accidentally happened when someone unknown went on the stage and closed the projector's lenses so that we audiences couldn't see Aa in the screens. He did that straightforwardly without feeling afraid, shame or anything as we normal people would feel. I could not figure out why this scarce or never-happened thing eventually could happen before my eyes. I thought that person was something brain-damaged or insane as he shamelessly did that. Well, another shocking thing then was that, (I don't want to tell it though), we unveiled that Aa gave a dubbing speech, it means he kind of just talked without really talking. He just moved his body and in a pseudo way spoke went along his recorded-sound from the tape. Masya Allah, I could not at all believe that, how come I experienced that kind of nightmare. I thought it was ridiculously impossible to happen. I couldn’t think clearly for a moment then. And I obviously know that this will never happen in the reality. SBY won't come to my village near my house and open the speech, Aa Gym also is rather impossible to give us speech in the very far place from Bandung, and the worse, Aa won't ever give dubbed speech as I experienced in my dream. Subhnallah, what a flower of sleeping, that's what people might say about a dream.

Well, from this dream I just want to point out some important notes we can take. The First, it's really good thing to pray before we sleep. Indeed, I missed praying that night so that I dreamed something that scared me enough. The second, don’t bring any problems or anything when we are about to sleep, just forget any news on TV, movie you watched, jammed or anything. Those sort of things will apparently appear in our dream and it is exactly not really good if we want to have sound sleep. The third, intend ourselves that we are about to sleep, not to do anything, sometimes when we imagine something before sleeping, that thing will flash in our dream. The Fourth, Aa Gym always says that it is important to be a honest person as most of us tend to love hypocrisy by wearing expensive stuff, acting like we are good people, or giving alms as we want to be captured by medias, those kind of artificial things are totally useless. In other words, we’d better act like what we are, we’d better say what we have on our mind, wed’ better wear stuff that we really have – not to force ourselves to meet people’s standard or something. I’d say that this is what our Prophet Muhammad (pbuh) did 14 centuries ago. He was the most humble, simplest and honest person ever, no need to be a center of attention or anything. At last, God will give us what we really need if we keep doing good deeds and staying on His track.

A good dream comes from Allah, while the bad one comes from Satan. It’s therefore really crucial to notice that we need to always pray to Allah before sleeping as Satan might be taking control of ourselves while sleeping. We Moslems really have good ways to prepare our sleeping, not just praying but also any other rituals such as reciting Quran, shalawat or even making any good position of our sleeping. I would like to thanks to president SBY and Aa Gym as we finally met in my dream. Hope Allah be with you all and protect you from any people who might dislike you, you too are leaders whom we believed to make changes and improvements for this nation, we work together though :).
Hope we can always have good quality of sleeping readers, kindly thanks for reading. Wallahualambishawab.

Reading your "nightmare" remind me to one theory by Sigmund Freud, bout dream, conscious, and unconscious. It's all about psychoanalysis ^^