Now I’m using the newest operating system from Microsoft – Windows seven (professional 32 bit edition). It’s a great OS which has gorgeous look and I just love it, period. I can do anything with it except install some software which don’t have any support to be operated using this platform. I am now trying the sweet feature called Windows live writer which lets me post any posting on my blog automatically without having to sign in on blogger account. It needs me to connect to internet though.

This genuine Windows I got from my university for free. Can hardly believe it? Yes, since my university has cooperation with Microsoft called MSDN, I can then download and install it for at no cost. Microsoft gave me directly the serial number and when I activated it, it was successful, ah..so relieving. Here’s my screen shot: 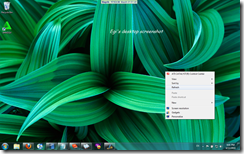 Windows live writer feature didn’t come in bundled software when I installed the windows  seven OS. Instead, I downloaded separately since the version of my seven is the professional one, not the ultimate one. It still looks great though.

Aside from the windows life writer, the package I downloaded also contains several software, i.e. movie maker, photo gallery and windows life family safety. I haven’t tried the last though.

This feature is also superb as I can preview the post I’m about to publish, right away on the Windows live feature. It also allows me to give effect to the picture I embed in each posting. You may ask me if you have question about MSDN, windows live writer or anything.

Well, it’s just great to use genuine software again since for about 1,5 years I couldn’t use the original one. It was because my genuine vista was unintentionally deleted from my hard drive, so I just used the non-genuine one. So sorry to Microsoft. I now use the fully original anyways :)