Bandung, why are u so special? 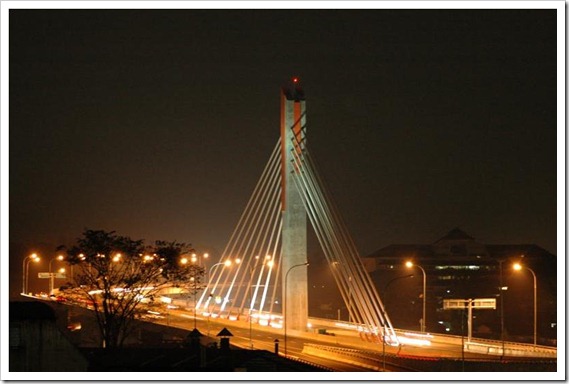 Intending not to wow anyone, but that is the topic of Friday sermon at the mosque where I attended this noon. He talked something that I perceive good, regardless to the tendency that he might have brought the hidden campaign. This what my colleagues maybe talked about. Never mind though. I just here to highlight the positive thing he delivered – Bandung is the most comfortable city in Indonesia.

The sermon deliverer met the major of Bandung – Dada Rosada and they unveiled a research conducted by the international research agency, I forgot the name. From that research there is nation list of city in which the people live more harmoniously, peacefully. Bandung is chosen as the most comfortable city in Indonesia.

To my humble opinion there is no doubt with that research. The fresh air with the low-mid temperature has undeniably made its people somehow more kind than others. Yes, please try to compare people of Bandung with another city's citizen in Indonesia and you will find that here, for some reasons the people are just awesome, more polite and kind.

So, what is the relationship between the the kindness and comfortableness with the Islamic teaching in the sermon?

Allah has pledged us the mu'min that if the citizen of a country, city or town do 3 things, He will protect its people from any calamity. In other words Allah will revoke the predefined disaster for which it's been stated. The three things are:

Those three things are the things we Bandung people need to fully concerned about if we want to have this city blessed. I've been to some cities in this country and I honestly found no city comparable to Bandung. Well then, Tokyo, Tucson, San Fransisco, Los Angeles, Bangkok are cities I have ever been to. They are maybe awesome too, but for living I need to consider twice. Bandung still is the number one.

The very strong atmosphere of Islam can be felt here, I am sure in Mecca or Medina can be a lot greater but since I haven't been able to stay there, Bandung is still incomparable.

Bandung is religious city! That is what Dada Rosada says. I am all for it as if the people stick to their religion, keep prostrating God – Allah, the city will be blessed for sure. The nature will go along with us and be preserved. The gusting water, rain, trees, air, soil are the things that we need to keep balanced. One of the rules saying that is that our religion. Yes there might be some reasons to not loving this city – jammed, hm,,,,what else? Maybe skyrocketing price of housing. Yes it does make a problem, but I think we still be able to cope it.

Aside Bandung, where on earth can you find a city with these criteria: 27 degree Celsius, mosques everywhere, thriving shopping centers, best government owned universities, strong Islamic atmosphere, hospitable people? No where, guaranteed!