The new generation of my big family has now 3 little Muhammad(s). It’s somewhat better as in the past there has never been a son whose name started with Muhammad. Including my name, I thank God still though. Well, this thing might be caused by the lack of knowledge about the Islam in my entire family. Mind you, it almost prevails in almost any family in the country as the people living in suburb have no much access to the information of right knowledge of Islam. The culture still dominates the mind of theirs shown by the mix of religion practice and culture. I am talking the truth that some of people in this country, or even the majority of Muslims are faced by the this confusion. I don’t want to blame anybody moreover the society, I am just trying to share and portray the real situation here in the land of Archipelago. I am proud to be one if its citizen though and I know that I need make some contributions to the country, for the sake of alteration and improvement.


Therefore naming a kid started with Muhammad, to some extent in my big family, it’s kind of betterment anyways. We are just hoping to make things better, religion is one of them. Though it is just a name, we’ve been trying to give the best. And the name of Muhammad is the best as it is the name of our loved Prophet.

Well, here are the snapshots of the 3 little Muhammad(s). All of them are my cousins. 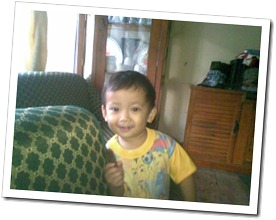 He’s the the son of one of my aunties, I gave him this name as auntie asked me to do so. He’s the naughtiest boy ever in my big family. We barely have clue when he’s showing his act. But he’s very smart. I am sure he is. Something strange happened when he was born, I don’t want to share this actually. But hope all readers may take lesson from this that God can do anything. His mister P (man’s most private part) had been sort of (like) circumcised. So, “he does not need to be circumcised”, auntie said. I don’t know though, God must have something with this. 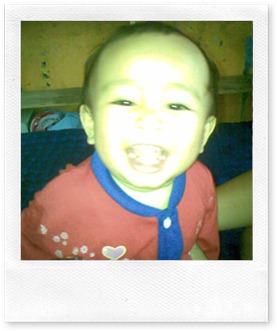 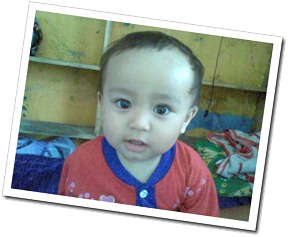 It is somewhat hard to tell you all in English about the position of his in my big family (due to the limited knowledge of mine in English hehe..). But, he is the son of one of my cousins. I did not give him this name. But I just asked the parents to use the name Muhammad in the beginning as it is for sure a good. Thank God they were willing. Justice, I usually call him so. He is pretty egghead too and masya Allah, so cute. We love playing with him. A baby, as always, make your heart softer in many ways. Believe me, they are precious creatures having no mistake and sins, different from us elderly. We have got many mistakes we must be responsible with them sometime. Hope we can always make atonement at anytime, anywhere, amiin. 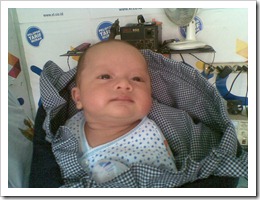 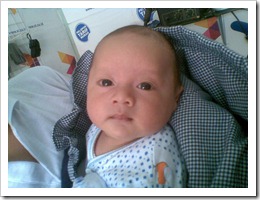 He is the youngest, I think less than 2 months. He is still the son of one of my cousins (another). As he is still a very young baby, I don’t know whether or not he is smart (but I pray)…

I was asked by his parents long time before he was born about the best name both for male and female. But I only gave them the name for female baby, I was really busy then. And the name was Andina Azka Trurayya. It was the best I could give then.

Soon after the baby born, they were shocked by the male baby. Kidding, not that surprised anyway, they just did not prepare the name for the boy.

Thankfully his Grandpa did prepare the name, which was Ziyan. So, the parents just add Ziyan with Muhammad and the last two parts from me. Alhamdulillah…I am praying that those three Muhammad above become the really followers of Muhammad the prophet of Islam. We are aware that we, the prior generation, are not lucky enough of being able to know and apply many Islamic values. But we do hope some betterment in our next generation in our entire family, insha Allah..

NB: It is just a note to quench the longing of mine to them.