Why do people learn Japanese? 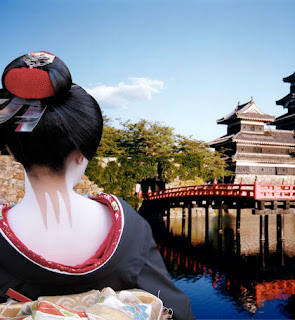 Lovely readers, here I’ve got some things to give to you all. It is sort of reasons why people learn Japanese language as the second, the third or even the fourth language, it isn't actually that secret as I use the word “unveil” instead of “explain”, “describe” or any other words. These ideas are very much based on my experience by searching and getting involved with those who learn Japanese either at college or organization. May you find it useful, check these out!

1. Major at college. Want it or not, those who study Japanese at campus have to study it in a regular basis. Those who are stranded of course have to learn it as well. What I mean by stranded is that, some of us might choose wrong major at college. Me too, I was initially pointed by someone to study management. Fortunately, during my study I loved it very much. Either person with intention or not has to learn this language in order to reach success in the study.

2. Planning to work in Japan. Some of us might see the mouth-watering salary given to the employees in Japan is totally appealing, therefore, with all efforts we learn Japanese as we want to work there for about years. I think it’s a good idea as we will be able to do benchmark and know the quality as well as the spirit of kaizen. By knowing these things, we should actually implement and share the spirit with others when we come back to Indonesia. The most important thing is that of course money, I’m sure everyone will be with me talking about salary, right? As the example, a friend of mine gets more than IDR 10 million per month. Want it?

3. You love J-dorama, J-actress/actor, J-anime, J-pop, J-rock, J-style, or J anything. Drama movies from Japan have big share in making people to fall in love with Japanese language. DVDs are easily to be found in most cities in Indonesia. Anime such as Naruto and Bleach are so notorious among youngsters, both in movie and comics version. Yui, Erika Sawajiri are the examples of the popular actresses (as well as singers) whom loved by J-lovers in this country. Japanese rock and pop are also so well-known for its uniqueness among us. J-music lovers pretty much listen to and watch Larch en Ciel, Kobukuro, Flow, K and others on media such Youtube and myspace. They may also download free mp3 songs on particular site; try to search those if you want to have some then!

4. Academic reason. Japan has tremendous and exceptional universities, world class university such as university of Tokyo always redefines its quality and service so it becomes 33th world best campus around the globe. If you want to study engineering, ICT or something relates to these sorts of things, you’d better chose campuses in Japan as they have good reputation. If money is the problem, which is often the case, we’ve got to learn HARDER to get scholarship. GANBAROOOO!

5. You love somebody who's able to speak Japanese. Wow, what a nice yet odd reason I would say. Either man or women who have good look plus good Japanese skill will look so cool, won’t they? Sometimes we can easily be attracted by somebody who’s great talents in certain thing. It’s pure my opinion anyways haha…

6. Hobby. Yes, very simple, you just like Japanese. It makes sense if learning Japanese can be your hobby as practicing kanji, kana and anything relates to the country, language, culture and its people will sometimes look impressive to us. This type of person usually has greater motivation to learn, the more you learn it, the more you love it.

7. EAGER to visit Japan for vacation. Well, this reason might seem reasonable for the travelers. Even though they spend a lot of money, they will get experience that is worth it. But for those who don’t have much money, they have to think twice, trice or even more to just have vacation in Japan. Having holidays in Indonesia is also fascinating, we have got many remarkable places to visit and they are for sure a lot cheaper.

8. Be a dependent of spouse or parents. When we have to go to Japan with this reason, we of course have to learn Japanese and all things relate to it as we will burden parents or spouse if we didn’t. Being dependent can burden us or not as in point of fact we don’t have a plan to visit Japan.

That’s all I can write for now, I am sure you have more reasons why people learn Japanese, if you do have those, please share with me by commenting this post. Thank you and keep practicing Japanese!

Nur Einfach Eine Jemand: sometimes we do not need any particular reason for loving anything or anyone. And as one of my lecturers said, "Love is a verb. It's a doing word", what I do is just what my feeling wants. Another lecturer said that love is a mental process calling for real actions. It's such a pride to do what we love, even if I am still trying to find out what it is for in the future. Love what we do; do what we love. :)
Posted by Egi Arvian F at 5:19 PM